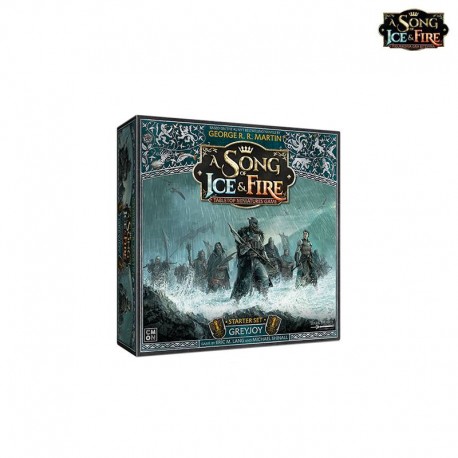 While the natives of the Iron Islands technically bend knee to whomever sits the Iron Throne, the Ironborn are taking full advantage of the chaos in Westeros to raid its coastlines and mercantile shipping like never before.

The Ironborn are not an army dedicated to protracted engagements, but rather a rapid-moving force built around subduing enemies and inflicting as much damage as possible before fading back into the Sunset Sea from whence they came. In an age of strife and internecine war, the only true victors are those that carry away the greater share of the spoils, and the Ironborn are built to do exactly that. A Song of Ice & Fire: Tabletop Miniatures Game brings the epic battles, political intrigue, and iconic characters of George R.R. Martin’s critically-acclaimed novels to the tabletop. Utilizing beautiful, pre-assembled models and unit trays, command the armies and heroes of Westeros’ great Houses as they fight for the Iron Throne over multiple, unique game modes.