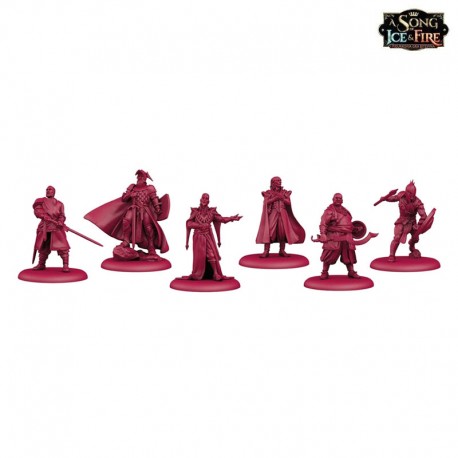 Both the Dothraki Horse Lords and the famous Immaculate One have sworn to serve the Mother of Dragons, Daenerys Targaryen.
Their officers and veterans lead her troops from victory to victory through a combination of skill, charisma and iron discipline.
Although each of its field commanders prefer a different style of warfare, all of them have proven many times that they can win on its behalf.
It is thanks to these commanders and supporters that her troops fight harder, move faster and withstand the hardships of the battlefield.
They are all united by absolute loyalty to the Dragon Queen and absolute devotion to the cause she represents.

The models in this set are already assembled and ready to play.