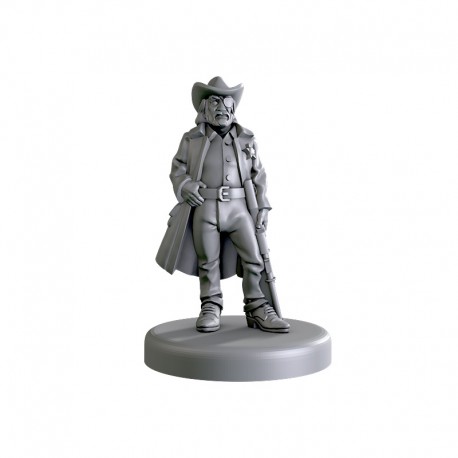 This expansion will allow you to play as Garett Oliver the Ranger!

This expansion will allow you to play as Garett Oliver the Ranger!

"In the Eyes of a Ranger, the unsuspecting stranger
Had better know the truth of wrong from right.
'Cause the rule of law and order starts at the Hard City border,
With the Lone Star of the Ranger shining bright.

Cause the Eyes of a Ranger are upon you;
Any wrong you do, he's gonna see.
When you're in Hard City, look behind you,
Cause that's where the Ranger's gonna be.

In the Heart of a Ranger, he'll never know the danger
From desperate men with nothing left to lose.
The Ranger keeps on coming; so there ain't no sense in running,
'Cause he's bound and sure to make you pay your dues."