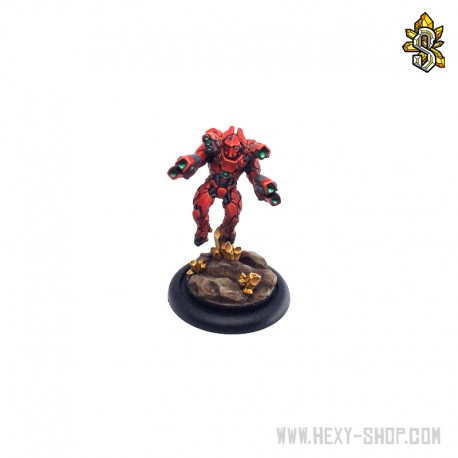 Androids created by the Terrons as the ultimate weapon against the Hy’dran Empire. Deadly machines capable of independent, abstract thinking were supposed to win the war and ensure their creators’ dominance in the Galaxy. Historians argue what went wrong with the project, and conspiracy theorists point to sabotage as the cause of the rebellion. The fact is that the greatest achievement of the Terron technology and the culmination of the artificial intelligence program – cyber-witches – proved to be the end of it. Self-conscious droids have denounced obedience to their masters. Today this event is called the “Rise of the Mothers” and will forever remain the darkest hour in the Terron history. With a common goal of being released from slavery and deciding their own destiny, the Bioss left the known regions of the Galaxy to plant the seeds of their own civilization.