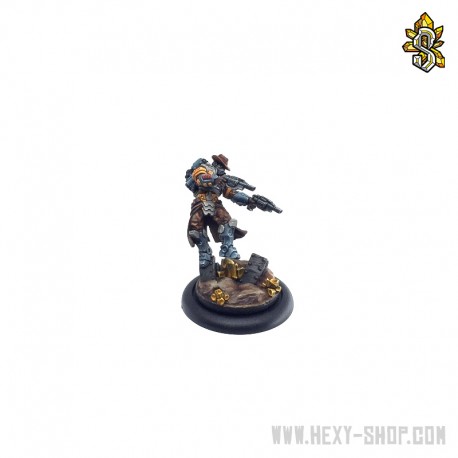 Terrons’ military forces are well known across the Central Sector. They strike fear in the hearts of the alien beings inhabiting the known Galaxy. They became famous during the two Hy’dran Wars, proving unshaken and well-trained. Even now, in times of peace, the Terron fleet remains ready to defend their wide territories. Other races perceive humans as rational, fair and reasonable, but there is no shortage of opinion that they are also aggressive, arrogant and willing to sacrifice everything for the sake of profit.