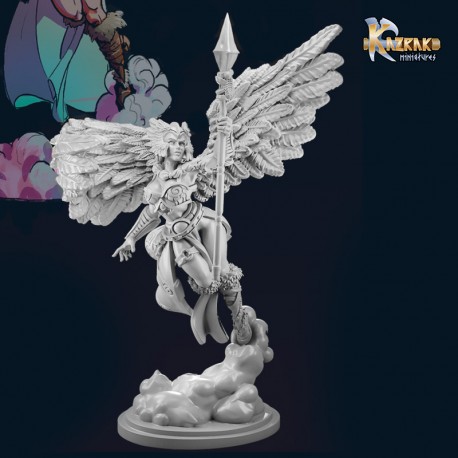 We are proud to present amazing metal Valhalla miniatures created by Claudia Rodriguez.

All models are in 32mm scale, unpainted and unassembled. Plastic bases are included.
These items are miniature pieces, not a toy. Not suitable for small children.

1 miniature of Geiravor, cast in metal.

She was known for defeating whole armies by herself, which gain her the name of spear goddess. This Valkyrie is the bearer and guardian of Gungnir, a spear that originally belongs to Odin. The spear symbolizes dominance and victory, and it’s said that it never fails. Odin gave her the spear so that she could lead the army of the Valkyries to victory.